RumaWIP owners allowed to rent out their units on conditions

Its Minister Datuk Seri Tengku Adnan Tengku Mansor said among the ‘conditions’ under consideration concerned owners who are transferred to another state after purchasing the housing unit.

“We understand the predicament faced and do not want to burden Rumawip buyers. For instance, if they were transferred to Sarawak, the unit can be rented out as it cannot be left vacant.

“However, they can only rent out their unit to locals and this matter will be monitored by the Joint Management Body (JMB). Legal action will be taken if they fail to comply,” he said after launching the “Rumawip Residensi Sentulmas” project and presenting its house keys here today.

Previously, Rumawip buyers were not permitted to rent out the units bought.

The completed Rumawip Residensi Sentulmas project would house 351 owners in a 30-storey block, with each unit measuring 900 square feet, and consisting of three bedrooms, two bathrooms and a covered parking facility. The project that was completed 23 months earlier than the expected date was the second Rumawip project completed after Residensi Pandanmas. 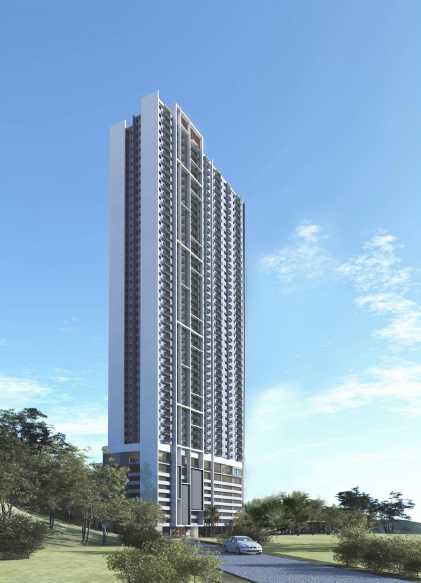 For more information on what RUMAWIP is all about or whether you qualify, read this page on RUMAWIP.

Founder and Group Managing Director, Datuk Ng Thien Phing said the gap should be similar to the 1Malaysia People’s Housing Programme (PR1MA), which was reduced from 10 to five years.

“Affordable housing projects are our corporate social responsibility programme and we emphasise not just on affordability, but quality as well,” he told reporters at the “Topping Off” ceremony for the SkyAwani Residences.

The event was officiated by Federal Territories Minister, Tengku Adnan Tengku Mansor here, today. Ng said SkyAwani Residences had been fully taken up and was targeted for handover in 2018.

“Currently, the SkyAwani Residences project, which has a gross development value of RM360 million, is 60 per cent complete.

“We expect it to be ready by August 2018, nine months earlier than the original construction period,” he said.

“We urge first time house buyers to take advantage of SkyAwani 3 because the value will increase due to location and facilities, such as the SkyBridge and SkyGarden.

“We try to do better with every Rumawip series in terms of development, as we focus on quality, not quantity,” he said, adding, SkyAwani 4 would not be the company’s final such project.

Ng said SkyWorld would keep acquiring new government and private land, while reserving its current landbank of 55.44 hectares for other development.

KUALA LUMPUR: One bank officer has achieved his dream of owning a home in the city here, thanks to a government initiative under the Federal Territory Housing (Rumawip) project for middle income earners.

Phang Jiun Jiann, 30, described his decision to purchase a unit at Residensi Pandanmas, which has the status of a condominium as opportune.

“Looking at the price of houses nowadays, which is so exorbitant, I thought it was just impossible for me to own a home particularly in Kuala Lumpur.

“But I saw an advertisement about Rumawip in a newspaper and without haste applied online, and I got it in less than two years,” he told Bernama, adding, working youths who were eligible for the housing programme should grab the opportunity.

END_OF_DOCUMENT_TOKEN_TO_BE_REPLACED

“The decision to purchase an apartment came about after the birth of our first child. We needed the living space in order to properly raise a family, so we began searching and ultimately decided on our current home for several reasons. The location was desirable. It’s fairly central, roughly 15 minutes to the city by car or public transport. The block within close walking distance to the nearest train station and bus stop, making travelling very convenient. The estate is surrounded by numerous stores and other useful amenities. All basic conveniences such as a supermarket, postoffice, eateries, laundry, clinic, hardware store etc are just across the road. The size of the apartment was adequate for our needs at 125sqm (1,345 sq ft) for a 5-room government housing flat (HDB). Most 5-room flats of the same model average between 110-120sqm (1,184 - 1,292 sq ft). It is located in Ghim Moh, near my family. A housing subsidy grant of up to S$40K is provided for resale flats purchased near parents. It also allows for a HDB loan which has a fixed interest rate over 30 years. The asking price was reasonable and the final price after bargaining (S$605K) was below valuation, meaning that the entirety of the apartment could be paid with the loan and CPF so no cash payment was required. The value was likely to rise as a mall and other shophouses were in development at the time of purchase. These have since been completed. The current market value of the apartment is estimated between S$750K – S$780K. At the time, many of our friends and relatives believed that we overpaid for our apartment especially for a government flat, but as it turns out, paying more for quality was a good investment.” - Daren - Ghim Moh, Singapore . . . Follow this page for more stories and inspiration @firstpropertystories. . . . #firstproperty #firsthome #hdbflat #apartment #ghimmoh #singaporeapartment #singaporeproperty #propertystories #propertyinspiration #myfirstproperty #propertyinvestment #realestate #propertytostay #propertybuyer #realestatestories #homeowner #ownhome #firstpropertystories #buyproperty #propertyadvice #firsthome
Agree? What are the other areas that developers have renamed? Name them. Go! . . . #propertyinvestment #propertyname #bangsarsouth #kampungkerinchi #northkiara #segambutdalam #cherassouth #serikembangan #propertyadvice #firstpropertystories #realestate #buyproperty #firsthome
“The notion of owning a house never crossed my mind for a long time as a young workforce with not much cash in hand. But when my husband and I were planning to get married, he one day told me that a friend shared with him about this house someone booked but didn't manage to get a home loan approved. The house was still in the early stage of construction and we only have a house layout plan from the brochure. I had no idea where Kota Kemuning is and everyone I spoke to said that it is so far from PJ and we would regret buying it. However, being a civil engineer who builds houses himself, my husband had a feeling it would be worth buying. So we looked at the plan and liked the layout instantly. It was an end-unit with a 5 ft land at the side. I didn't think we could afford the then RM360k home but somehow we managed to pool the down payment and get a home loan. On the day we got the keys, we were bursting with excitement. It felt surreal to finally step out of the car and see the house right before us. We were very lucky to get a unit right next to the grassy walkway instead of a road as many who booked much earlier only got an intermediate unit. Today, 12 years on, we never regretted a single bit for investing in this property. The price has soared and the location was perfect. It doesn’t feel too far from PJ with the highways. More and more property are coming up too. What I learned from our home purchase is to never buy a property that you can afford at the time. But invest in a property that has good potential even if it costs a bit more. Look at the long-term ROI.” - Ms Jerica - PJ, Malaysia . Follow this page for more stories and inspiration @firstpropertystories. . . . #firstproperty #firsthome #doublestoreyhouse #landedproperty #propertystories #malaysiaproperty #pjproperty #kotakemuning #propertyinspiration #myfirstproperty #propertyinvestment #realestate #propertytostay #propertybuyer #realestatestories #homeowner #ownahome #ownitnow
Advice: “Leave your emotions at home.” . . . #propertyinvestment #propertyadvice #firstpropertystories #realestate #buyproperty #firsthome
“I bought this unit because of several reasons. I like the design; high ceiling, private lift lobby, sunken bathtub and lots of windows. It has KLCC view too. Oh, and the showroom is very eye-catching too. Location wise, it is convenient as it is close to Mont Kiara and Dutamas. I bought the 1,300 sq fr unit at RM850k in 2014. Some units are selling for RM980k now. It has always been my dream to own a property before I am 30 years old. I am 29 years old now. Also, I wanted a place where my parents can stay with me instead of with relatives when they visit KL. I forced myself to buy a pricier property so that I will work harder. The developer informed that we will get the VP letter this month. We were supposed to get the key last September but there was a delay due to labour issues and the developer is doing the QC checks to minimise defects during VP. The property is Anjali North Kiara and the developer is Tago.” - Mr Phoon - KL, Malaysia . . . #firstproperty #firsttimehomebuyer #propertystories #malaysiaproperty #klproperty #anjalinorthkiara #propertyinspiration #myfirstproperty #propertyinvestment #realestate #condoproperty #propertytostay #propertybuyer #realestatestories
Agree? Tag someone who should know about these basic but important lessons. #investment #realestate #property #rulesofengagement #propertyinvestor #stockmarket #learn #investwisely #networkwithmillionaires